March and June of 2015 saw our second and third grandchildren born, two more boys. Here is a bit about each and a few pictures.

On March 2nd, our oldest daughter Betsy and her husband Matt had their second child (and our second grandchild), another boy who they named Ebron Asher.

Betsy’s first baby came 10 days past his due date, after a very long labor (well over 24 hours) and with a surprising result: a boy (Ain) rather than the expected girl. Fortunately, this second child came two weeks early, with a much quicker labor and with the anticipated healthy boy. We are grateful.

For the full rundown on the event see Betsy’s detailed description at: http://romanceonadime.com/baby/welcome-to-the-world-ebron-asher/ (as the article says near the top, it is a birth story; it is ok if you don’t want to know all the details).

Ebron is growing healthy and strong. Here are a few pictures of Ebron and family, mostly on the day after he was born. 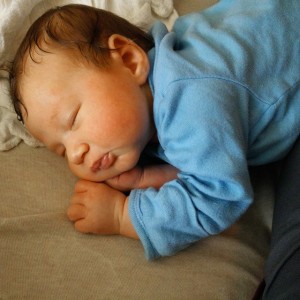 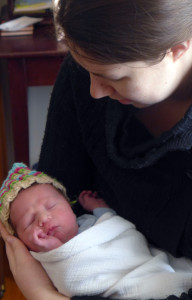 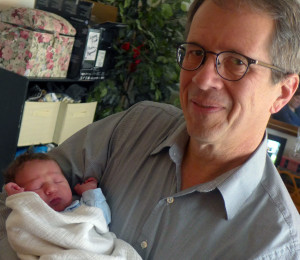 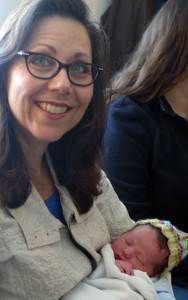 Ebron is growing into quite the socializer. 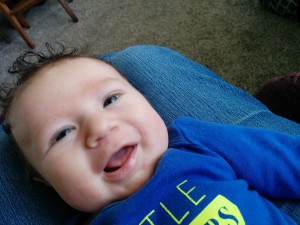 On June 15, the day before our anniversary and a week before our youngest’s daughter’s due date, we received a call at 4:00 a.m from Megan informing us that her water broke about 1:30 a.m. and after going to birthing center to be checked out, she was heading home to get some rest, as she was not in active labor.

In the end, she delivered little Wyatt at 10:02 that evening. All along, it seemed Wyatt was going to be a big boy, but at birth he weighed 6 pounds, 7 oz. and looked lanky at 20 inches long. Below are some pictures on the day after his birth. 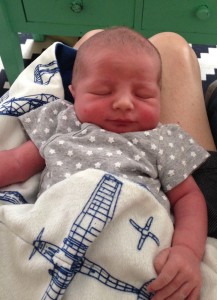 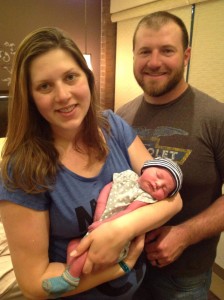 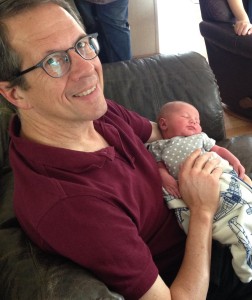 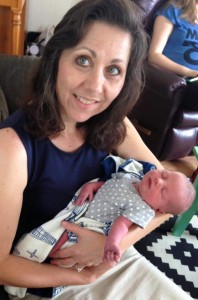 Ain continues to grow, with his second birthday coming on June 24.

So our little tribe of grandchild has grown from one to three this year. What a delight to have them all nearby. Below is a picture of the three of them. While Ain is doing well as a big brother, at this setting with a second newborns on the scene, he looks a bit concerned about what is going on. 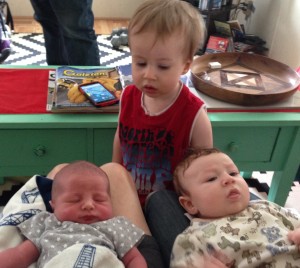 This entry was posted in Family life and tagged grandsons. Bookmark the permalink.